I spotted a Synagogue familiar to me 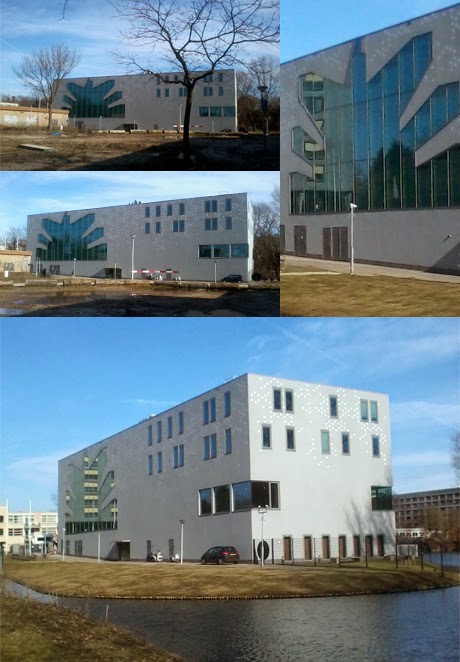 When I went to Old School Restaurant for Sofar Sound I bumped into this building which is just behind the restaurant.

It is a synagogue designed by SeARCH, architecture office where I worked as Intern in 2012.

I had no idea that it was in Amsterdam! What a coincidence...

Last summer I was very interested in the History of the Jewish community in Amsterdam because I moved to Oost, very close to the former Jewish neighborhood.

My ex-boyfriend told me that his grandmother was a Jew and an Auschwitz survival. He didn't remember much about her, because she died when he was very young. But he told me that his wardrobe from the 40s belonged to her.

Then I went to visit the Joods Historisch Museum, I learnt a lot about the role of the Jews in Amsterdam before and after the World War II.
Despite some Jews, like Anna Frank family went into hiding, most of them were not. They were easily caught and sent to concentration camps.
They used the tram number 8 to transfer the Jews to Central Station.
Today, for respect, that tram doesn't run anymore.

The life of the survivals was very hard. All their belongings were gone. Their houses were taken by other people. The best way to overcome the shock was for them to stick together. No one else would have ever understood what they went through.

(For the record, that 40s wordrobe was returned to the grandma of my ex after the war).

That museum is hosted in a complex of buildings, namely Synagogues. They are located very close to Waterlooplein.

The only Synagogue still in use is the biggest one, built by the Portuguese Jewish community.

The one designed by SeARCH exposes on two facades the hierarchy of the architecture of a traditional synagogue.
The men are in the ground floor and the women are upstairs.
The two levels per side reserved for the women affects the design of the facade.
The shape with seven peaks recall a Menorah and punches through the whole volume.

An elegant, remarkable building whom strongest feature is the proximity with the original concept of the Menorah.