Back in Italy for Xmas

As every year I have been living abroad, this is the time of the year I have to go back to my little town for Christmas celebrations.

I have never been particulary fond of this tradition but it sounds quite rude not to admit to be missing my folks.
This year my family didn't even put up the nativity scene or the Christmas tree, nobody cares anymore! I am wondering why I took a plane to be among people who care less than I do.

The good food, the sun and the blue sky are good reasons to be here anyway.

Last weekend I have been for only an afternoon in Bologna with two friends.
I found the city lovely and the people even more.
We didn't have any particular aim, just looking around and it was perfect. We entered several shops to get some warmth and we also bought clothes or gift, despite that was not the first aim.
At lunch time we stopped in a tiny cute trattoria where I ate the typical pasta from Bologna: tortellini al ragù...simply delicious. We drunk a bottle of our favourite wine: Gewürztraminer. It is a good white wine form Trentino Alto Adige, which we always order to laugh at our attempts to pronunce correctly his name. 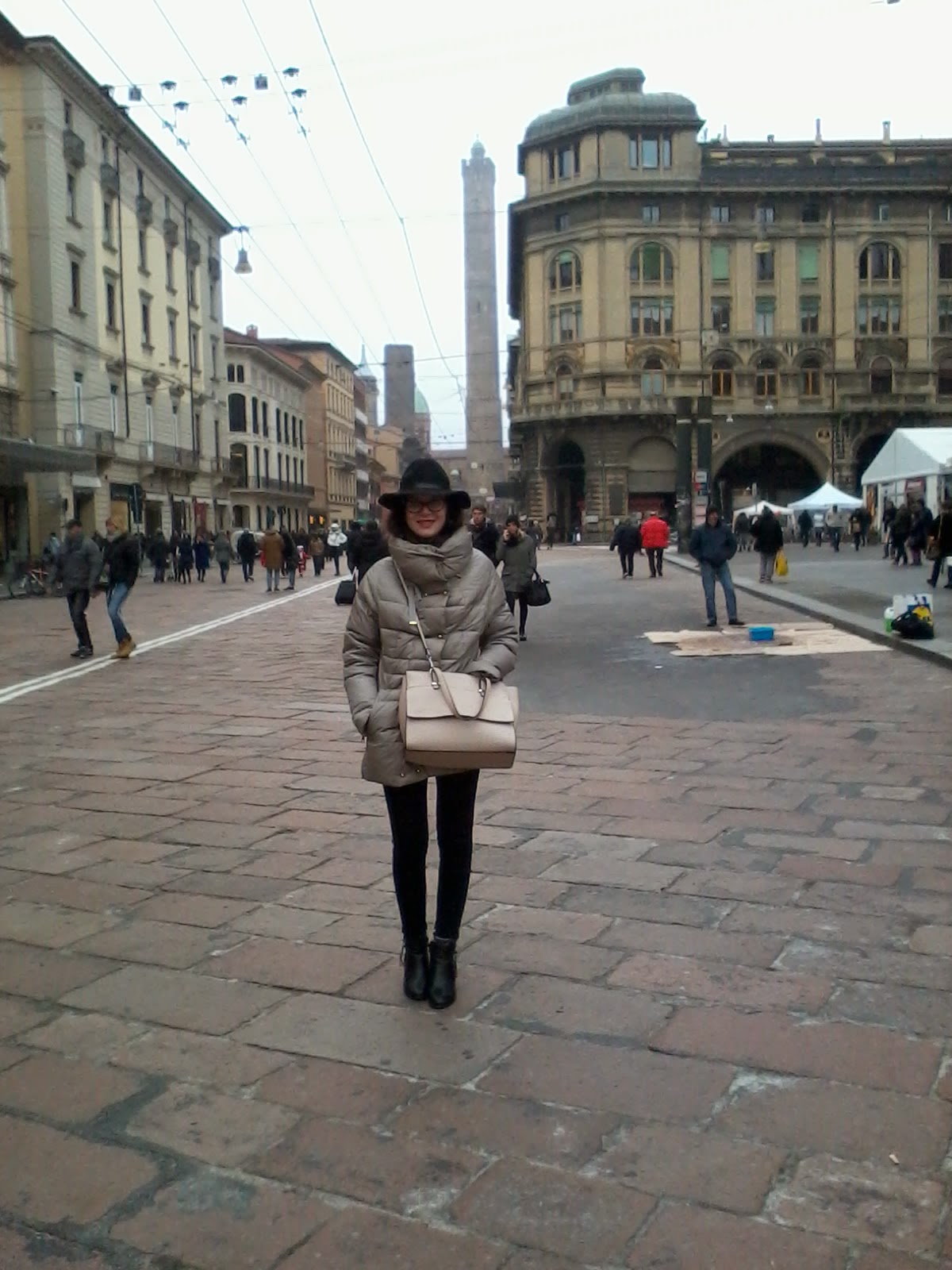 The architecture of Bologna was inspiring to me, after so long time spent in Amsterdam, with almost no chance to go to the center and feel the presence of the History of the city. 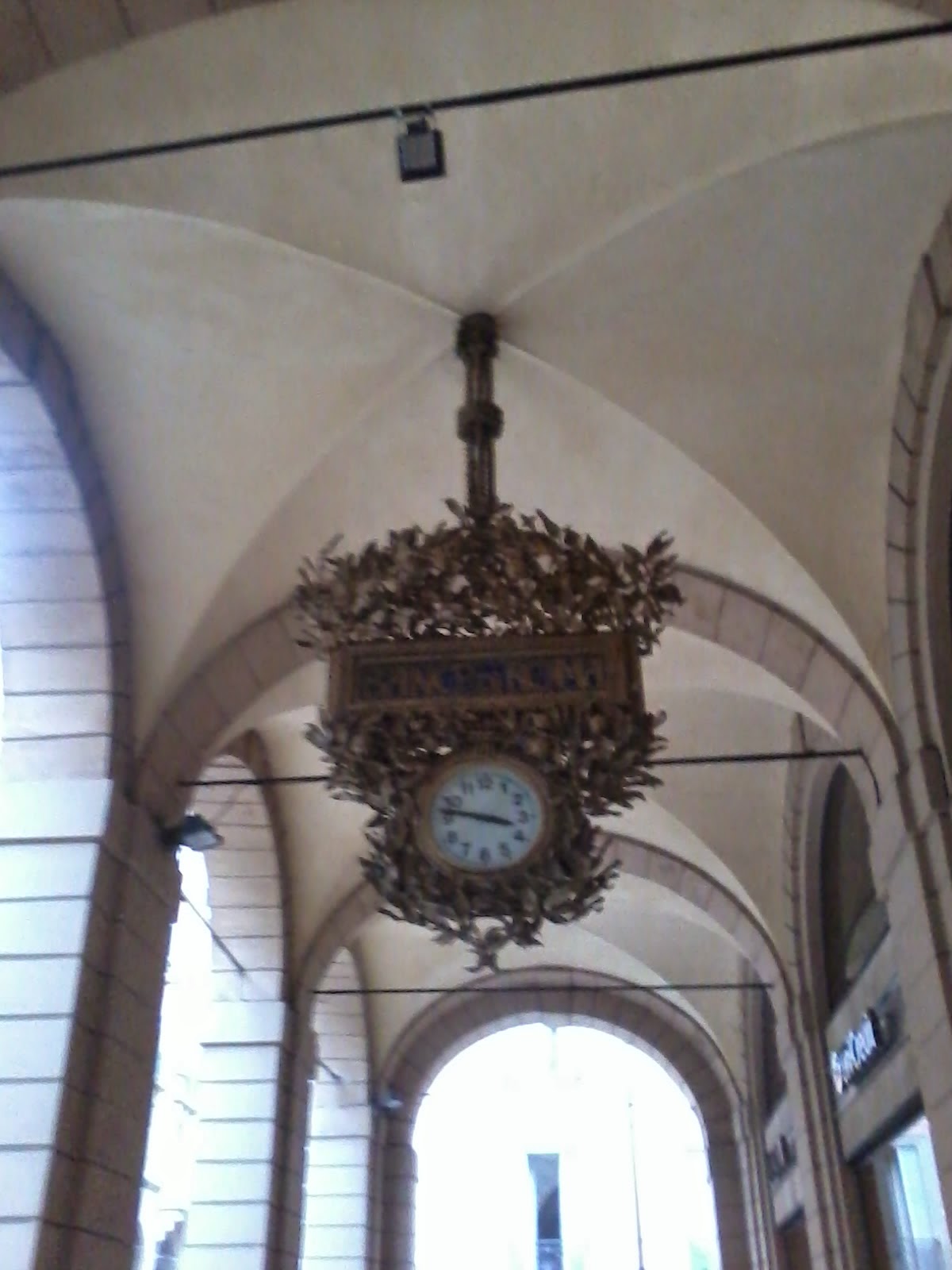 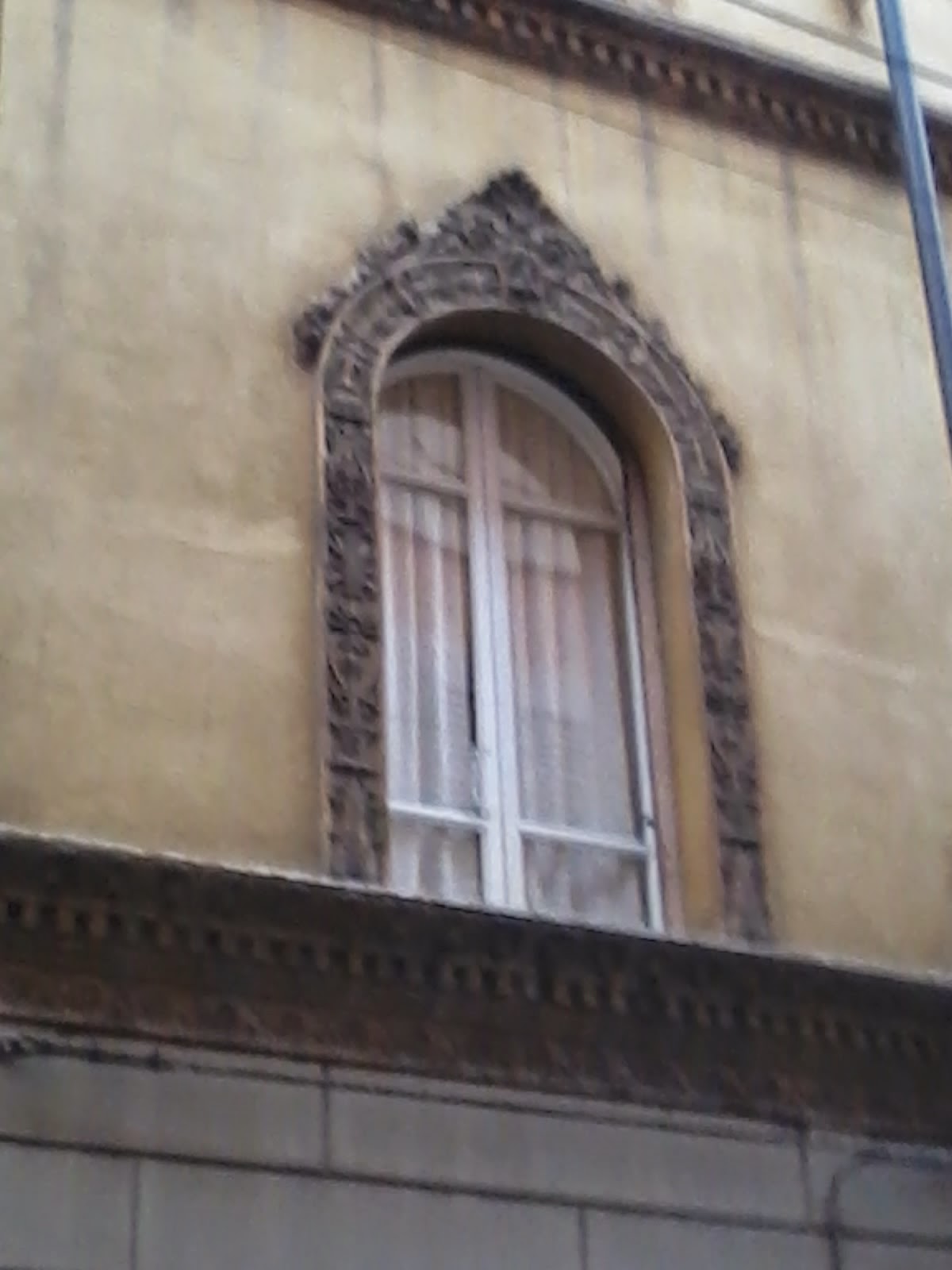 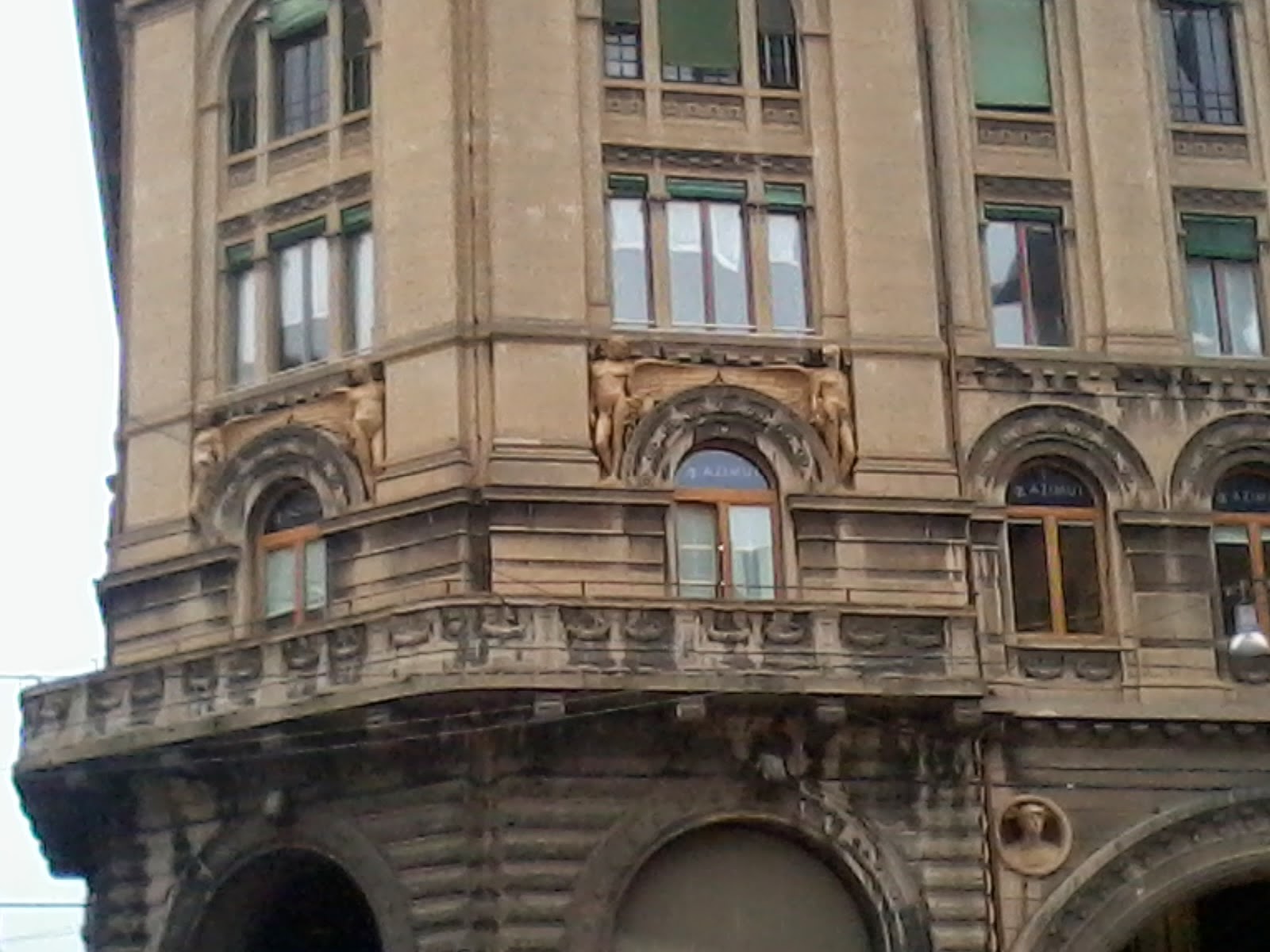 I took some pictures of detailing that caught my attention, made in different ages but still able to suggest something. Why contemporary architecture is now so shallow and boring? Sometimes a container has more to tell than some new buildings.

Here is the nativity scene in the municipality building. 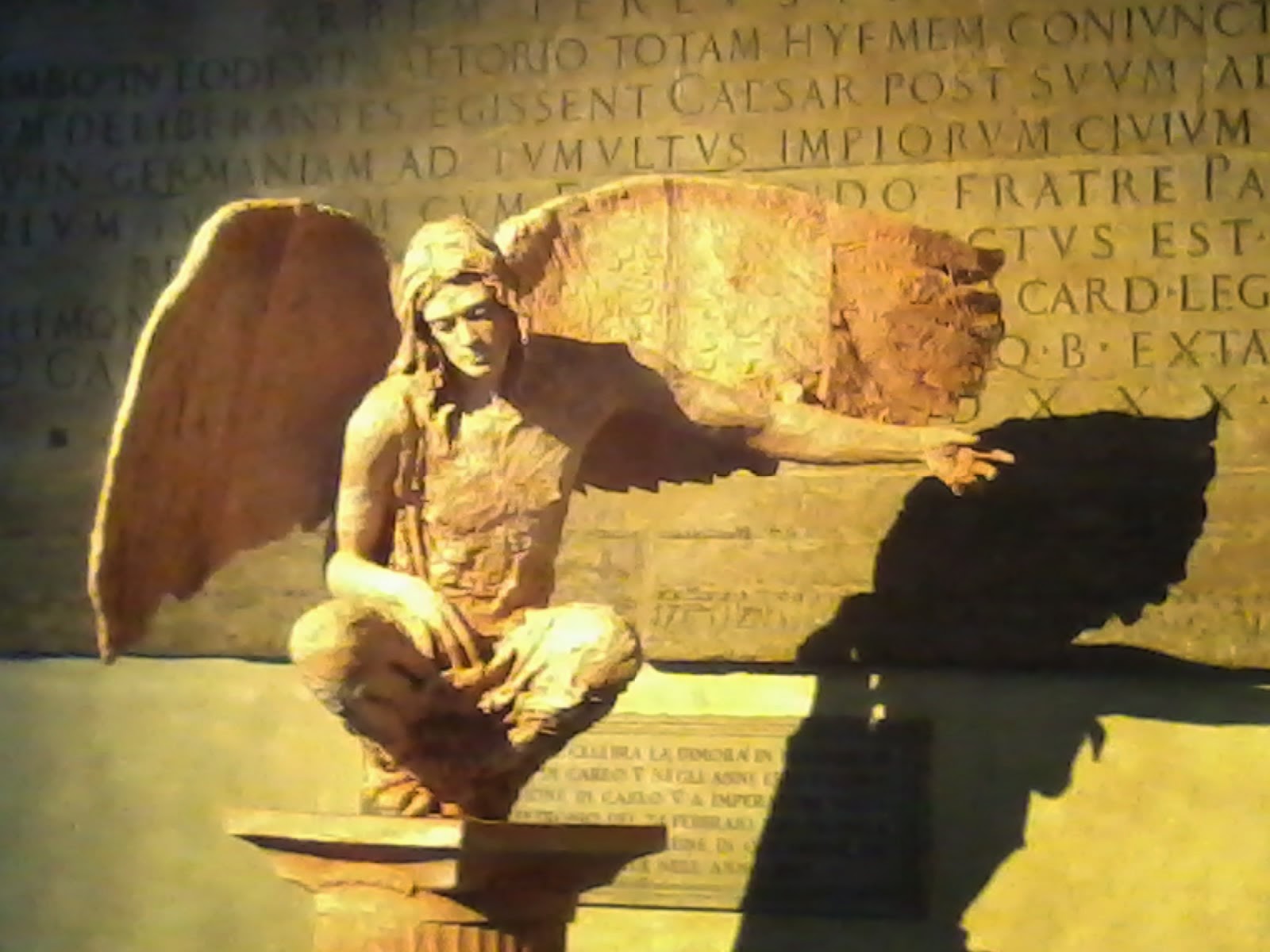 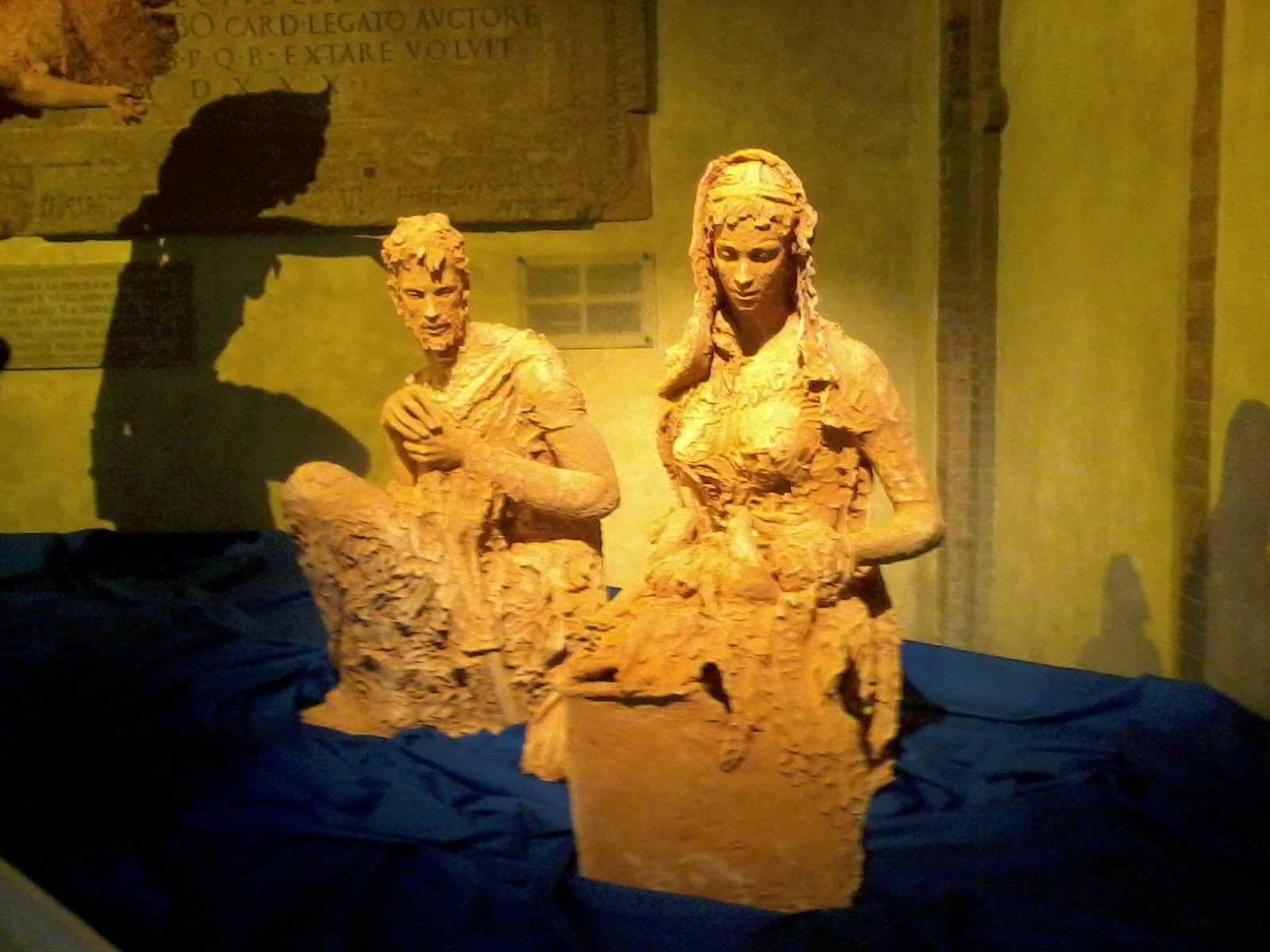 One of the best contemporary sculpture I have seen so far.
Made by an italian artist one year older than i am. Her name is Laura Zizzi.

Compared to what I used to see in Amsterdam, I definitely think that there are too many people who believe to be artist with no talent whatsoever.

Why people with no talent make art, on the first place?

Funny fact:
while I was drinking my espresso at the counter of a bar, I noticed they had chocolate spinkles!
Hageslag in Dutch, which is usually poured on a slice of bread smeared with butter.
I don't know what was the use in the bar, I guess it is meant to be poured on the cappuccino. 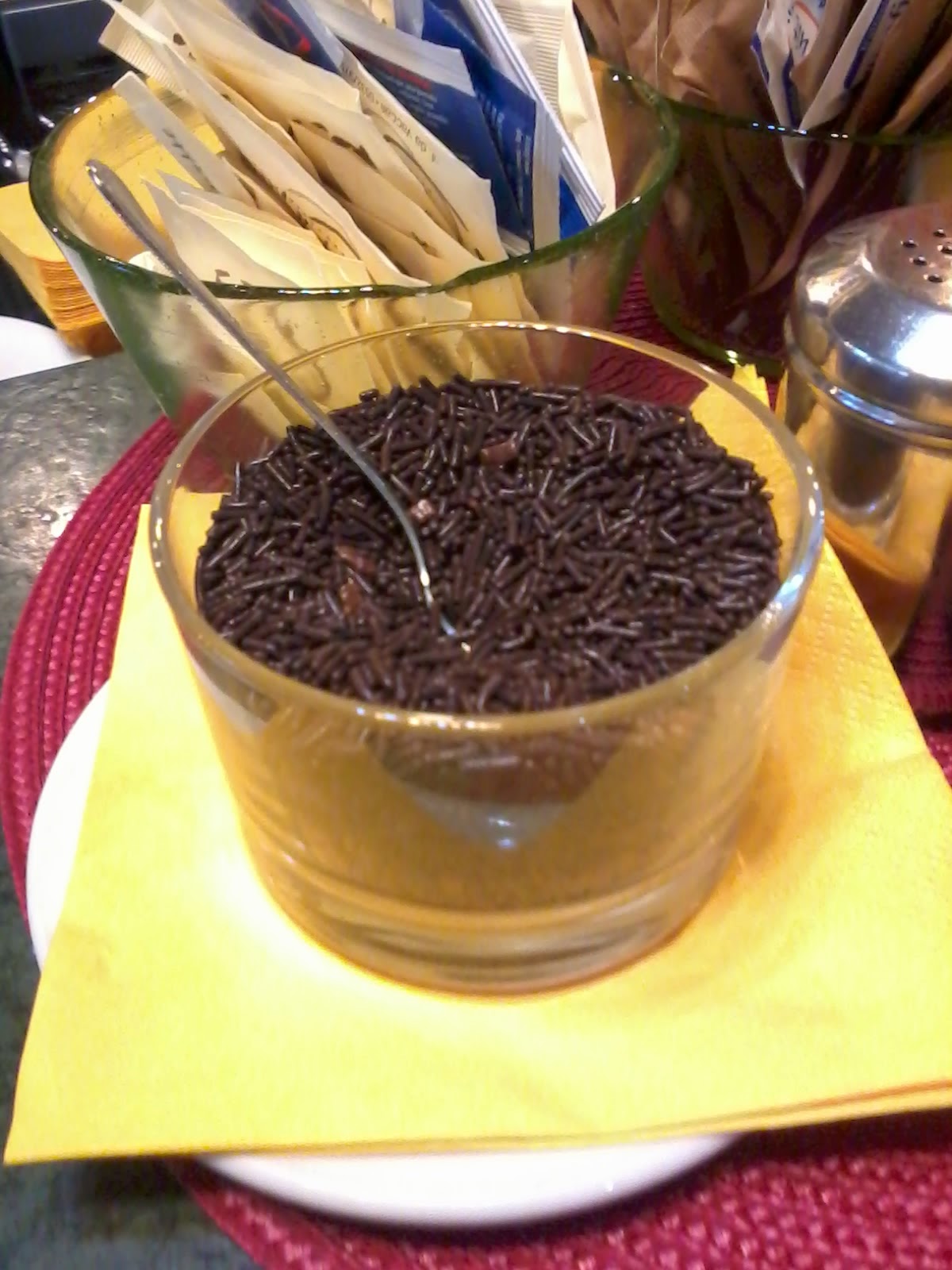