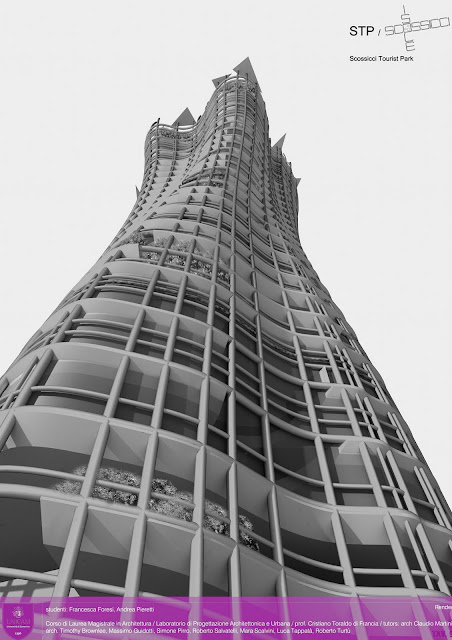 This project was developed during my Architectural Studies at Unicam, School of Architecture and Design with the supervision of the teacher Cristiano Toraldo di Francia.

Site
Scossicci is a flat location along the Adriatic shore in the municipality of Porto Recanati (Macerata, Italy). Once, this area was a wetland, there were two mouths' rivers (Musone and Aspio) and much vegetation. During the 15th century the population deforested it, looking for new ground to farm. It was a huge work because they managed to merge river Musone's mouth with river Aspio's one.
Nowadays this area is almost completely empty. There are just fields, some old houses in the countryside, some old chalets along the shore and camp sites.


Concept
The research design assumes that Loreto, the biggest tourist attraction in the Marches, is the most important point of view toward this area.
Thus, working in plan rather than in the classic waterfront was an immediate consequence.
The construction of the Basilica of Loreto began in 1468. This structure fits into the landscape of the Marches as something abnormal, alien, off scale.
We propose a similar operation in 2010: a major new event which is completely different from what is around, then that is immediately recognizable as the fruit of our time.
The new event will work in synergy with the older one, becoming a tourist attraction with the symbiotic Loreto.

Masterplan
We planned a grid distorted by the presence of roads, the banks of the river Musone and the coastline.
Subtracting grid modules, we created a marina and water basins, in order to increase the line of bathing.
The grid elements were organized into a system of islands.
The entrance of private vehicles is forbidden.
A public transportation system of electric boats allows to move among islands and among islands and outer marinas along the Adriatic shore. 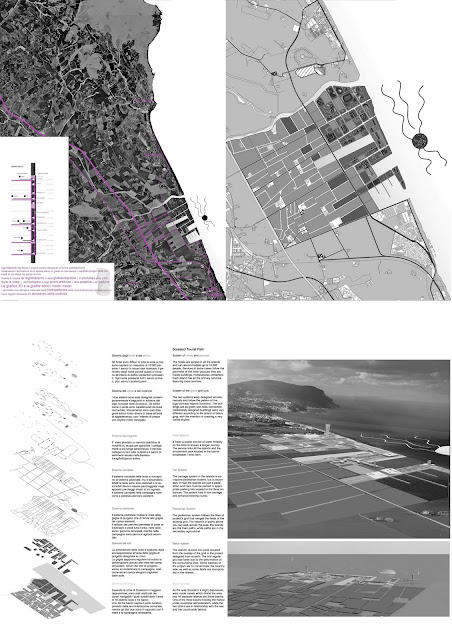 The Sunflower Hotel
This building has predominantly receptive function.
The four-curves amoeboid morphology (ground floor, top floor and silhouette profiles) comes from hand-drawn. They had been treated with a three-dimensional modeling software, which allowed to develop its final form. 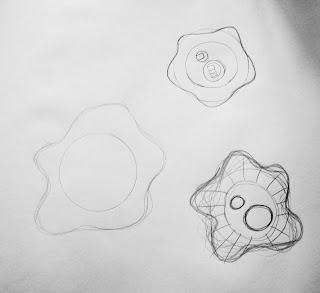 The structure blends with the skin.
The alternation of full and empty draws the outer surface.
The interiors are designed in a fluid: rooms are independent organic casings.
Like a cruise ship entertainment services, the building offers a cafeteria, nursery, shops, gym, spa, restaurant, lounge bar and outdoor swimming pool and park.
The artificial park on the roof is characterized by mixture of natural and artificial green, represented by the extension of the front pillars and floating sculptural objects. 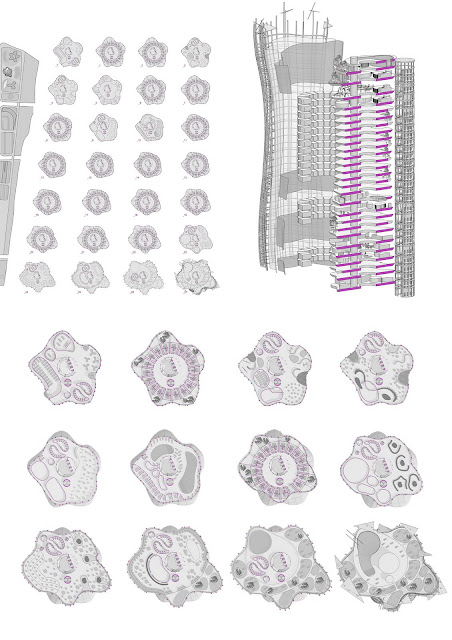 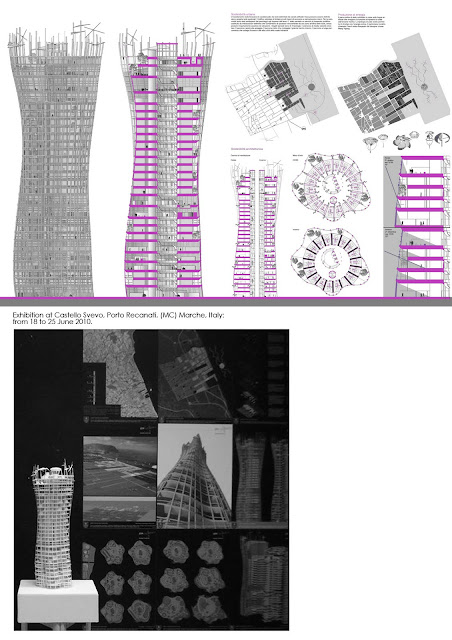